When, in March 2016, Pascal once again made his laps of Lake Starnberg on his stand-up paddle board, and felt the incredible power of the water, the great importance water has for our lives became clear to him. Until that point, over all of his many years spent on the water as a windsurfer and stand-up paddler, he had not yet sensed this very special connection.

But on that day he realised what water means to us: life.

While still on the water he made the decision to, from that moment forward, take responsibility for water – for nature – and to give something back. His idea: to travel along the Isar and Danube from Munich to Vienna on the stand-up-paddle-board, and to collect donations for the water for every kilometre of river travelled.

He has been inspired, above all, by Yvon Chouinard, the founder of the outdoor firm Patagonia, and co-founder of 1% for the Planet. Pascal had read his book “Let My People Go Surfing” at the beginning of 2010, and ever since had been thinking about how he could manage to be on the water as often as possible, and lead a simple life focused on what was most important to him.

And so Pascal, heart on his sleeve, followed his intuition and by 20 July 2016 was already at the starting point: he began in Munich, and, after 505 kilometres of river and twelve days, reached Vienna on 31 July 2016 – and collected 8,500 euro of donations for local water protection projects. This directly tangible success for his campaign, and the unbelievable “flow” on the entire tour, made it clear to him at the end: this is only the beginning.

The next followed in June 2017 with the 2nd SUP Nature Project. This takes Pascal from Munich to the Black Sea. 2467km in 63 days. The documentary “2467km – A Journey to the Black Sea” was made about his journey. Film premiere was on February 8th, 2018 in Munich and Pascal has been on a film tour with the film since then.

And how did it continue? The 3rd SUP Nature Project starts on September 2, 2018 at about 2,300 meters and Pascal explored the Salzach from its source to its mouth. Our second film “The Soul of the Salzach” was made about this journey.

And what next? Let’s just let it flow and see what happens!

Pure Water for Generations e.V. has the long-term, non-profit goal

of improving and protecting the quality and quantity of water in streams and refers, lakes and seas, as well as in the earth (groundwater) – for generations. This is enshrined in the statute.

Our long-term, non-profit goal is borne out by our water philosophies which determine how we live our lives:

Even before the founding of Pure Water for Generations e.V., terrific people were getting in touch to help with our long-term goal. Anyone who wants to support us is more than welcome to get in touch! 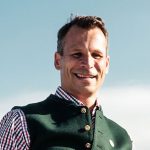 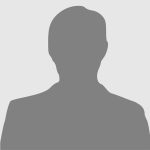